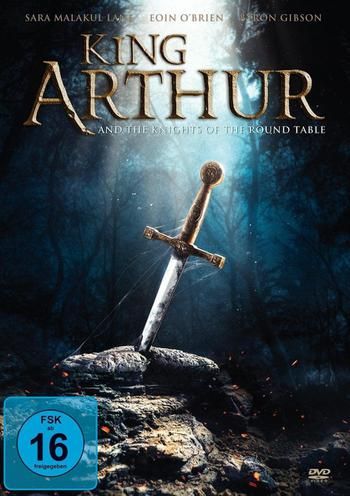 The latest update added a handful of missions, and in the process reduced the size of the installation. At this point, the game occupies 1/3 of what it has occupied so far.

King Arthur: Knight's Tale is a very popular old-school RPG, developed by NeoCore Games. The production has just received its next update, and as it is quite a big one, we decided to write something about it.

An update called The Chained God adds brand new content to the gameplay in the form of missions, as well as additional challenges once the entire storyline has been completed. The developers also made quite a few minor and major improvements, and optimized the size of the installation.

In The Chained God, players take on the role of Fomorians – giants of Avalon, and antagonists of the Knights of the Round Table. The update introduces a series of short missions to the game, each containing some interesting part of the overall story. All in all, the story should be enough for an additional few hours of fun.

Many players will also be pleased to know that King Arthur: Knight's Tale has indeed lost weight. The previous installation took up to 120 GB of free disk space, but after the developers optimized the files every bit as much, it occupies just 39 GB on disk! You have to admit that the difference is significant.

King Arthur: Knight's Tale is currently available on Steam at a 35 percent discount. The title is also heading to PlayStation 5 and Xbox Series X|S, although the console version has no release date yet.